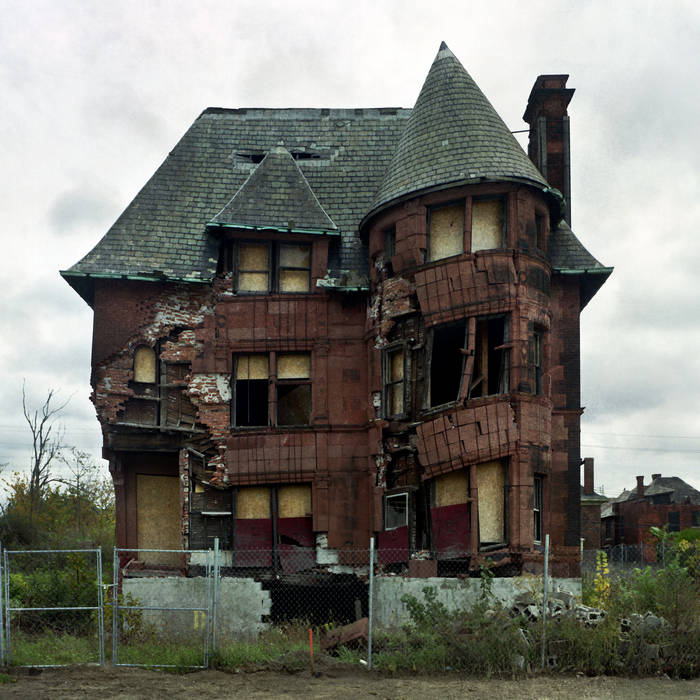 kobryn Too smart to issue direct social critique, billy woods has a sharp coolness that explodes the geographic gap between the CIA drone gamers, the imperial target, and the helpless civilian in the rotting central city. "it's just me in the spider hole, that's the best part / felt like the internet / snipers in the minaret" Favorite track: spider hole.

NikosToolnikc No favorite track(s). All tracks are stellar. A must have. A real antidote against all the shitty and heavily promoted corporate driven "music".

malx_x An incredibly dark album, with hardhitting flows from Segal. Billy's rapping on this project matches perfectly with the tone of the record and what it was going for. I couldn't praise this album enough. 9/10. Favorite track: bigfakelaugh.
more...

Hiding Places is a collaborative album from Brooklyn-based rapper billy woods and Los Angeles beat scene veteran Kenny Segal, set for release by Backwoodz Studioz on March 29, 2019. On its face, it seems an unlikely pairing; woods—who moonlights as ½ of dissonant rap duo Armand Hammer—is a chaotic force, the warped relic of an NY indie-rap wave that never happened. Meanwhile, Segal has been in L.A. for twenty years; from paying dues with Project Blowed to pushing the culture forward with Busdriver and Milo. All the while, his soulful, dreamlike production precariously tethered to earth by the right drums or rumbling bass.

But look closer and it makes more sense. After all, Segal lent his production to a couple of songs on Paraffin, Armand Hammer’s critically-acclaimed opus, and the two veterans have more than a few shared collaborators: Open Mike Eagle, ELUCID, and Hemlock Ernst amongst them. Hiding Places finds both artists deep in the labyrinth. Segal’s lush soundscapes have a new edge, woods’ writing is, paradoxically, at its most direct. Hiding Places is a child’s game: funny and cruel, as brutal as a fairy tale. The album features contributions from both artists’ well of collaborators with ELUCID, Self-Jupiter, and MOTHERMARY making appearances.

billy woods is a rapper who defies easy categorization; he was born in the U.S. but spent much of his childhood in Africa and the West Indies. On the mic, woods is no less of a conundrum, possessed of versatile flows and an ability to not only tackle topics other artists wouldn’t dream of, but also to bring unique perspectives to the familiar ones. ... more

Bandcamp Daily  your guide to the world of Bandcamp